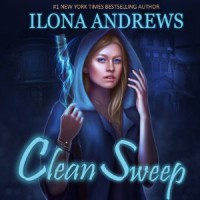 "Clean Sweep" made me smile. Despite dealing with werewolves, vampires and predatory aliens locked in mortal hand to hand combat (which is described in great detail) it manages to be completely charming and often quite amusing.