Reading progress update: I've read 47%. - I can't continue with this at the moment 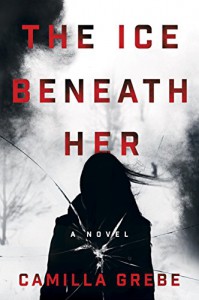 I'm reading this for the Modern Noir square but even though I'm almost halfway through, I'm calling a halt and finding a substitute book.

There's nothing wrong with "The Ice Beneath Her". It's well written, has strong characters and a plot that is in no hurry to give up its secrets but it's BLEAK.

Unlike normal whodunnits, this one isn't really focusing much on solving a murder. Instead, it's using the discovery of a decapitated woman to take me on a journey about betrayal and abuse. The three characters from whose point of view the story is told are all broken. The men are almost all bullying predatory narcissists - including the good guys. And they all have either been betrayed or have betrayed others in unforgivable ways.

I will finish this book - but not now.

I've reached the point where I hesitate to listen to the audiobook as I make my way through my day because I know it will bring me down.

So I'm setting it aside.

Fortunately, the world is full of books I haven't read yet. I searched my TBR pile and came up with something hardboiled and American. It will still be noir, I'm sure, but the kind that entertains partly because it doesn't feel real. I want noir that I know will never happen to me.

"The Ice Beneath Her" is like a hook in my flesh.

I'm hoping that "Huntress Moon", its replacement for the Modern Noir square, will be more like a double shot expresso on a sleepy morning.